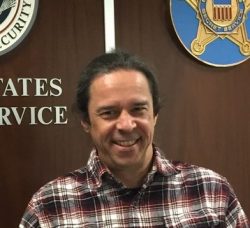 Alexander Braehler, founder and president of Tekkno Inc. is a certified Electronic Data and Control Engineer and he holds a Meister Degree in Communication Technology. Either profession requires a multi-year training program followed by a State-controlled exam. Both titles are highly regarded by Germany’s industry.  Alexander started his career in 1986 as a computer technician at one of the first dealerships in Germany that sold and repaired Apple computers. His passion for Apple Macintosh began after attending his first technical training at Apple’s German headquarters in Munich in 1986. His skills and dedication got him promoted to department manager for tech-support and repair. The dealership’s customer base was mostly comprised of large enterprise, hospitals, universities and SMB. He learned the operational requirements and the skillset for running a successful business in Manager School. Alexander owned and operated a thriving IT consultancy in Germany.

Alexander immigrated to the USA in November 1996 and he founded the company in southern California in January 1997. He became US citizen in October 2004.

Alexander was a member of the US Apple Consultants Network from June of 1998 until May 2017.

In 2011 Alexander joined the information security community where  he is actively involved with a number of security industry organizations.  Alexander has served as the 1st VP and as the President of the southern California chapter of HTCIA. For several years he has been a key member of the conference planning committees for OWASP L.A. and ISSA L.A. Alexander is an Infrastructure Liaison Officer with Infragard, he is an active member of CFTF and the Cloud Security Alliance.

He is co-founder and Chief Operating Officer of Layer 8 Masters LLC.

Alexander is recognized as a Certified Cyber Security Architect

Our firm moved from Santa Monica to Diamond Bar, California in October 2019. Throughout the years Tekkno has provided expert service to hundreds of businesses. We are proud that a significant number of our clients of our founding days are still with us.

Manage Cookie Consent
To provide the best experiences, we use technologies like cookies to store and/or access device information. Consenting to these technologies will allow us to process data such as browsing behavior or unique IDs on this site. Not consenting or withdrawing consent, may adversely affect certain features and functions.
Manage options Manage services Manage vendors Read more about these purposes
View preferences
{title} {title} {title}